As If I Weren't There

Working in tandem with singer Laurie Akers, Michael Talbot created an animated lyric video for Abigail Pogrebin and Tom Kitt's moving song, As If I Weren't There.

This song is based on an interview that Abigail facilitated with the late Justice Ruth Bader Ginsburg. During the interview, RBG referenced a pivotal moment in her childhood that inspired her lifelong career pursuit of justice and equality.

Missions of Virtue is a non-profit that strives to empower women in the inner-city of Jamaica, providing them with basic needs and necessities, scholarships for business development and skills training, as well as spiritual upliftment and encouragement.

Working closely with the founder of Missions of Virtue, Michael developed the logo, website and overall branding language for the non-profit. 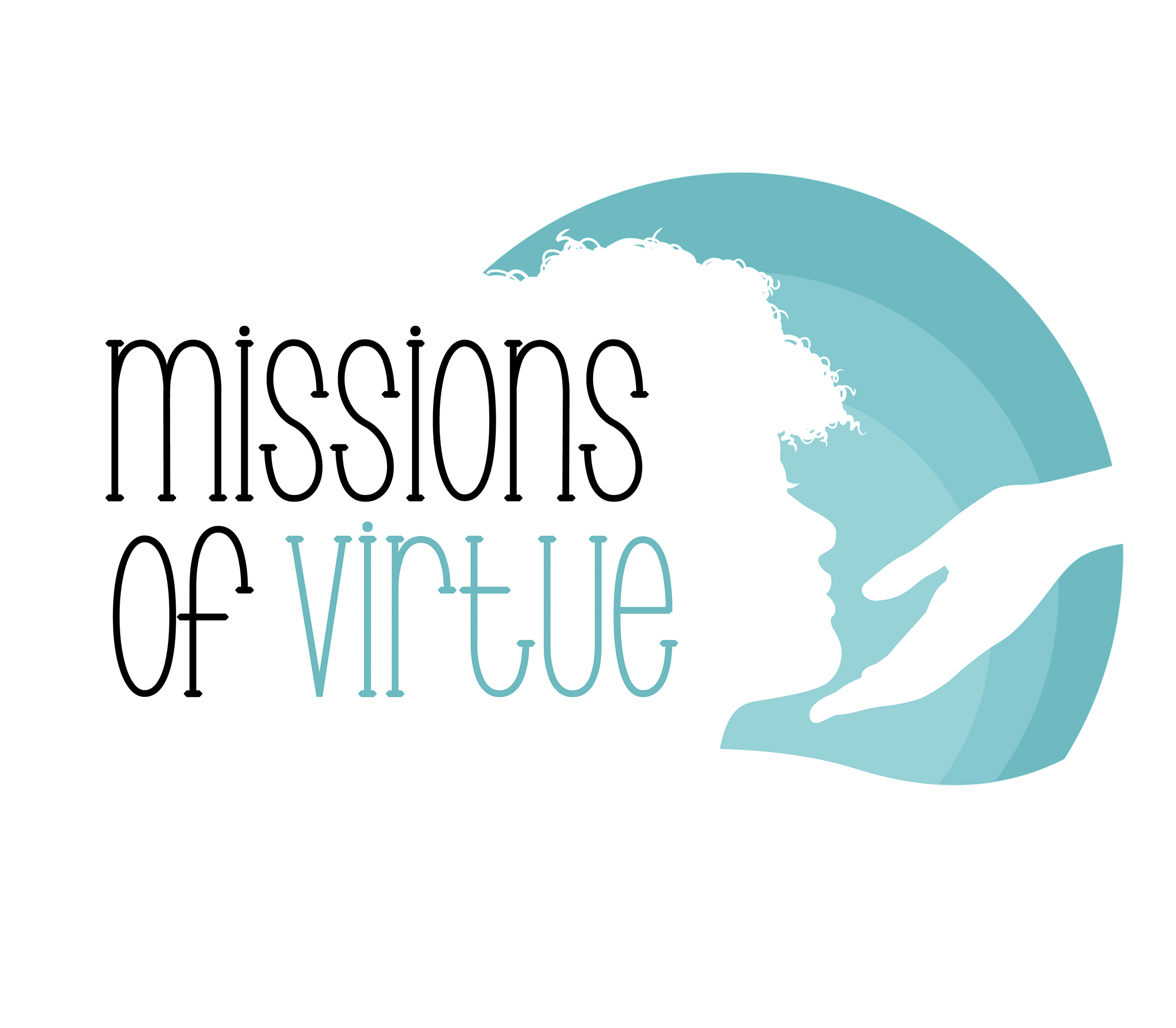 Tortoise and Hare - THE REMATCH

Tortoise and Hare THE REMATCH is a children's book written by dr joe and illustrated by Michael Talbot.

"Hare never got over his loss in the legendary race with Tortoise three years ago. Hare was now middle aged, while Tortoise was in his prime. If Hare could have a rematch, he would be able to redeem himself!
But how would he get Tortoise to agree to race?"

Now available on Amazon.com and Barnes and Noble!

The Homage Series is a bi-monthly collaborative art series created by Michael, centered on the premise of paying homage to and highlighting a number of other great artists who've been not just influential, but integral in his art journey and growth.

Following the completion of the first installment of the Homage Series, a set of postcards donning the newly created designs were made available to the public to send to anyone they also wanted to pay homage to, free of charge. There was no restriction as to who, or where in the world the postcard was being sent to, just as long as a valid name and mailing address was provided. The catch is that individuals could not request a postcard for themselves, only for someone else.

Four Minutes from the Frontlines

Four Minutes from the Frontlines is an animated glimpse into the struggles of four first-responders on the frontlines of the COVID-19 crisis: an ER doctor in a New York City hospital, a chaplain in a NYC hospital, a nurse in Jerusalem, and a public health nurse combatting homelessness in California.

A total of four visual artists (Stu Sufrin, Michael Talbot, Josh Philip Saunders and Denise Chan) with unique and distinct styles were paired with each of the first responders who's accounts are depicted. Together with director Sarah Lefton in California; composer Matan Berkowitz in Jaffa; sound designer and editor Sinan Refik Zafar in New York City, and executive producer Flo Low in Washington, DC, this global team shares intimate first-hand accounts from the frontlines of COVID-19.

'The Meeting Doors' by Arx Urban

The Meeting House Doors Project is a collaborative art installation which involved gathering four local artists to paint murals on apartment doors at a mixed-income housing site in Dorchester, MA. The artists that took part in this project each painted the nine doors on their respective floors.

A Forest Tail is a children's book written by dr joe and illustrated by Michael Talbot.

"The animals of the forest wanted a leader. Unable to identify qualities needed by an effective leader, they decide to choose the animal with the longest tail. As it is, the animals don't want Snake to lead and owl takes charge. At this point, the animals realize that a good leader needs a lot more than a long tail."

Now available on Amazon.com and Barnes and Noble!

Fragility is an ongoing international exhibition series showcased simultaneously around the globe, with each location headed by different artists (in Boston, Jamaica and the UK).
Click here to find out more about the other artists in this exhibition series!

As part of the Boston branch of the Fragility Exhibition Series, Michael showcased a select body of work based on his ongoing graphic novel concept, Atlas.

- Fragility - Part 1
"As Atlas' story comes to light, so do the Guardians who've helped her become who she needs to be... as well as their Fragility".
- Fragility - Part 2
"Our choices never seem to be our own in the end, but that has never stopped us from living the life we always thought we wanted."
- Fragility - Part 3
"An individual's life is only as fragile and as fleeting as a blossoming flower... but it just goes to show that this cycle of Life and Death can be something very beautiful"

Working in tandem with a number of other artists and designers, Michael Talbot created an illustration that was used for official Nicki Minaj merch. The final illustration was implemented in 2 final t-shirt designs depicting Nicki Minaj as "Chun Li."

- Shut Your Eyes, I'm Gonna Dance
"A trans man's memory search is interrupted by his female alter ego in a surreal garden where he has to reconcile with the place to be free."
Directed, written and produced by Ulya Aviral.
Poster designs by Michael Talbot.

- My Nature
"A woman escaping from an unending Middle East war by crawling through underground tunnels finds a mysterious path where she recalls her past in a secret language."
Directed, written and produced by Ulya Aviral.
Poster designs by Michael Talbot.

Caterpillars Can Fly is a children's book written by Dino Nicholas and illustrated by Michael Talbot. It follows an ambitious caterpillar who dreamt of flying and how, through transformation, was able to achieve his dream of flight.

"One morning as I was walking in my backyard, I saw a little caterpillar on a leaf. I noticed something strange; it was standing on its hind legs, looking up into the sky. “How odd” I thought, then, I looked up and saw birds flying over head and other flying insects. In that moment I realized this; that the caterpillar had a desire to fly, but in it’s current state it could only dream.
But that is only the Beginning…"

Now available on Lulu, Barnes and Noble and Amazon.com!

Do Road! is a multiplayer game in development for both PC and mobile platforms. Although it focuses on aspects of the Jamaican transportation system, its fun and easy-to-get-into gameplay makes it ideal for any and everyone!

"'Halfway Tree, Cross Road, Town!'
'Papine! UWI Campus!'
'One and ready, two and drive!'
- The all too familiar sounds when traveling through Jamaica's capital city, Kingston. Take to the streets in this fast paced, high-action, competitive multiplayer game and see if you have what it takes to be a true Jamaican Bus Conductor! With over 10 unique characters to choose from, each with their own special abilities, you're in for the journey of a lifetime as you Do Road!"

Atlas is a 3-part graphic novel series written and illustrated by Michael Talbot. This series, though geared towards the teen and young adult audience, is fit for readers both young and old.

- Book 1 - Atlas: Fall from Grace
"When the Guardian of this world discovers he is not the only one like himself, his curiosity and desire for knowledge drives him to a new discovery... of whether knowledge is in fact power, or the seed of our own destruction."
Buy this book on Lulu, Barnes and Noble and Amazon.com!

- Book 2 - Atlas: The Charge*
"Growing up as an orphan, Atlas discovers she has unforseen powers – the ability to control and manipulate time. As she learns more about her abilities, Atlas realizes the burden that now rests on her to claim her rightful title as the Time Guardian, and to face her greatest obstacle... herself."

- Book 3 - Atlas: Restoration*
"Despite their history, the Librarian and the Time Guardian both decide to team up to find the remaining Guardians, but as it turns out, some things are better left unbothered."

Jamaican Mi Seh Mi ABCs is a children's book written by Valrie Kemp-Davis and illustrated by Michael Talbot. It takes the classical alphabet book approach and puts a cultural spin to it, weaving aspects of the Jamaican culture into each page.

"So if you think Jamaica is simply coconuts, palm trees, dreadlocks, Drake’s dance song, “Controlla” and Rhianna’s hit tune, “Work”... THEN you’ll be in for a pleasant treat and so much more! This ABC book is the voice and heart of eleven year old Carradice. Though Midwest made and straight out of East Chicago, don’t get it twisted. This young gyal was very much born Jamerican! You are cordially being invited to a JamRock lyrical, patois rhythmic adventure.
Join in as Carradice and Deejay Rewind schools you from A to Z on her father’s culture, foods, heroes, traditions, customs, music... Everyting Mon! She promises that by the time you can say, The End, you will love “Yard” like cooked food and have a greater appreciation for the land of wood and water!
Nuff Respect!!!"

Now available on Barnes and Noble and Amazon.com!