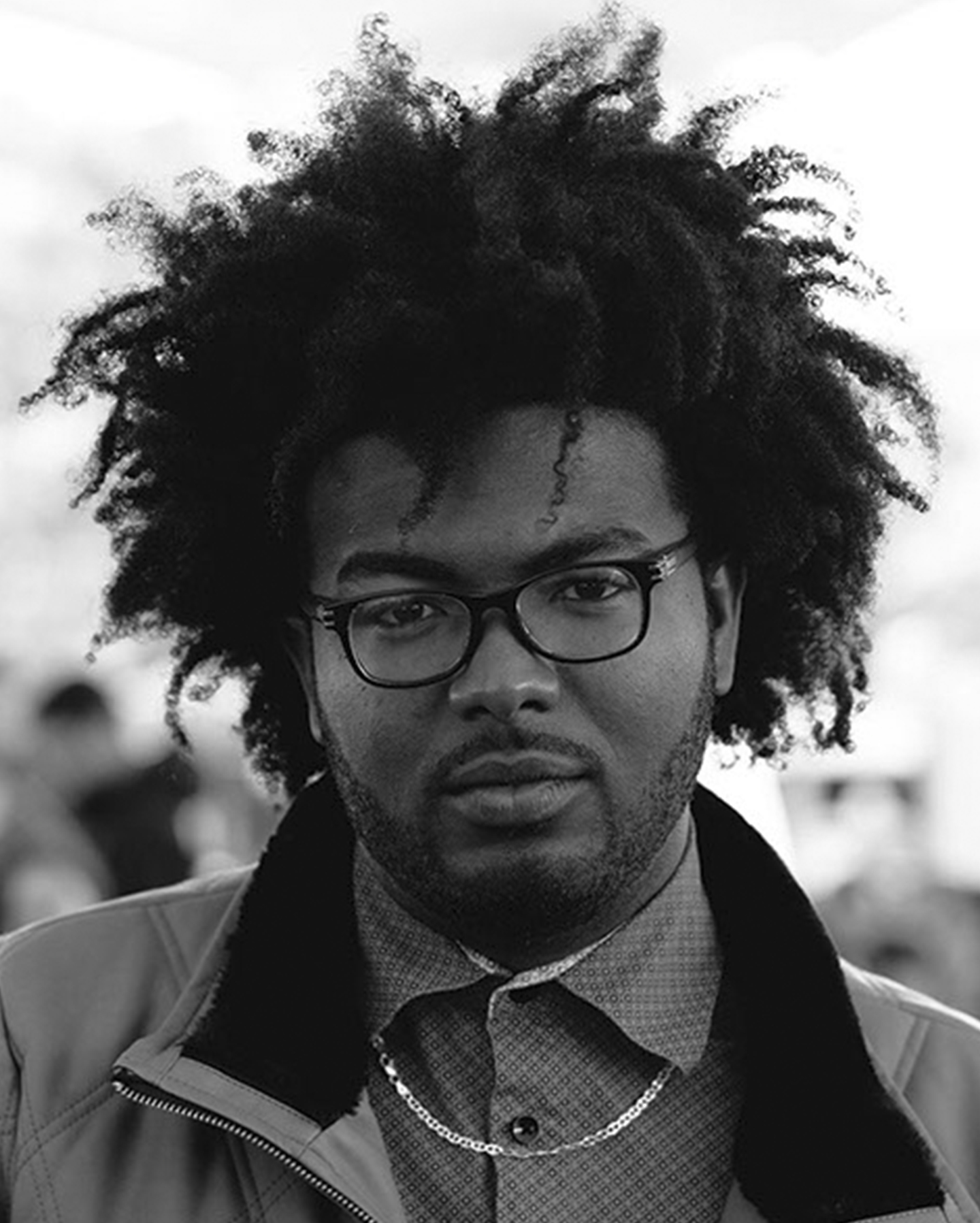 
Born in Spanish Town, Jamaica in 1993 to a shopkeeper and an auto mechanic, Richard Nattoo has always had an interest in colour, texture, form and shape. Not having a positive outlet in the community for his expression, Richard initially kept his love of art to himself and incubated his varied influences to create a style to call his own.
Richard has been exhibiting his work since 2012; in that time, he has garnered much acclaim for his surreal dreamlike creations that explore human emotions on a raw cerebral level. The world that he creates represents what we all go through as human beings searching through life. The tumultuous yet common inner space that we build with our hopes, dreams and fears. He does this through a variety of mediums including watercolour, glass, pen and ink. 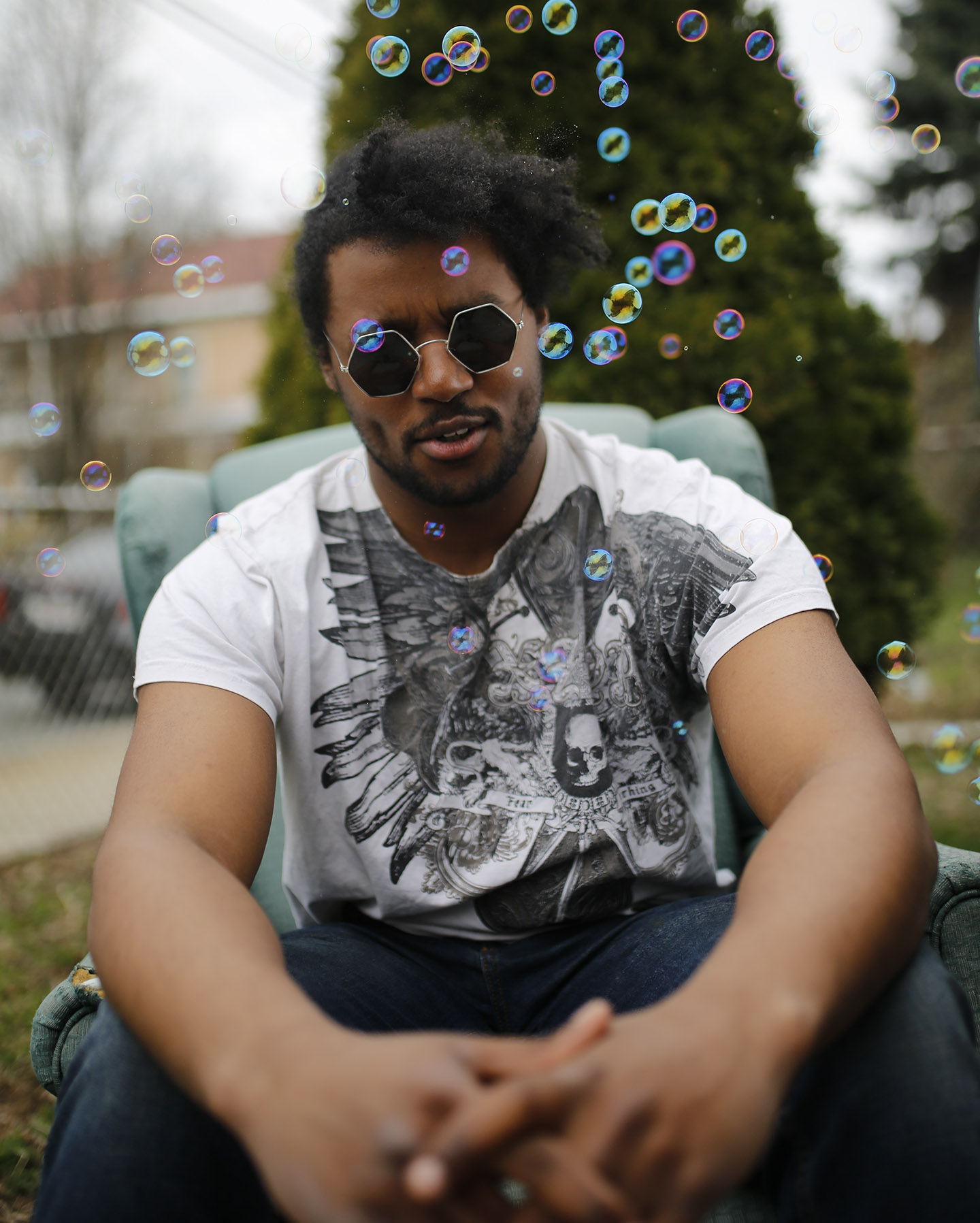 
Dahrell Rush is currently working as a Freelance Animator and Illustrator. His work pulls influences and inspiration from old school japanese animations. 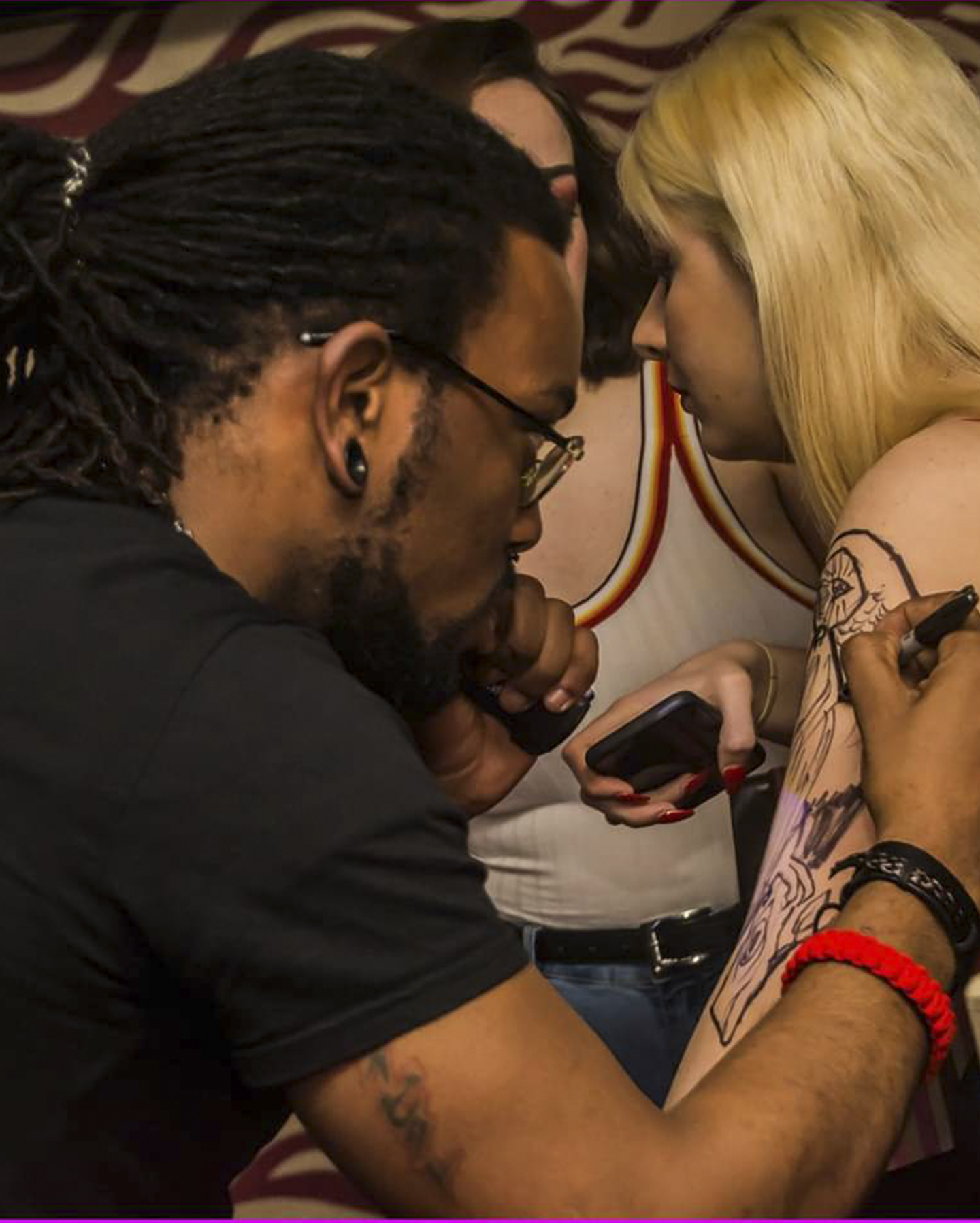 
Jamaican born, UK national, David "Sunny" Talbot has earned his name as the temp tattoo guru through his constant and consistent production of professional grade temporary tattoo. A project which he started in the summer of 2013 has now developed into a brand of its own known known as 'BodyArt By Sunny'. This multi-talented artist uses his skills in the most unconventional means with the intention of turning heads and sparking discussions. From controversial topics to mind-blowing art, Sunny's work is easily distinguished and is his personal form of self expression. Partnering with brands such as RedBull, Mahiki and Heinekin, his art is elite and exclusive but will continue to invoke a feeling of excitement and mental stimulation. 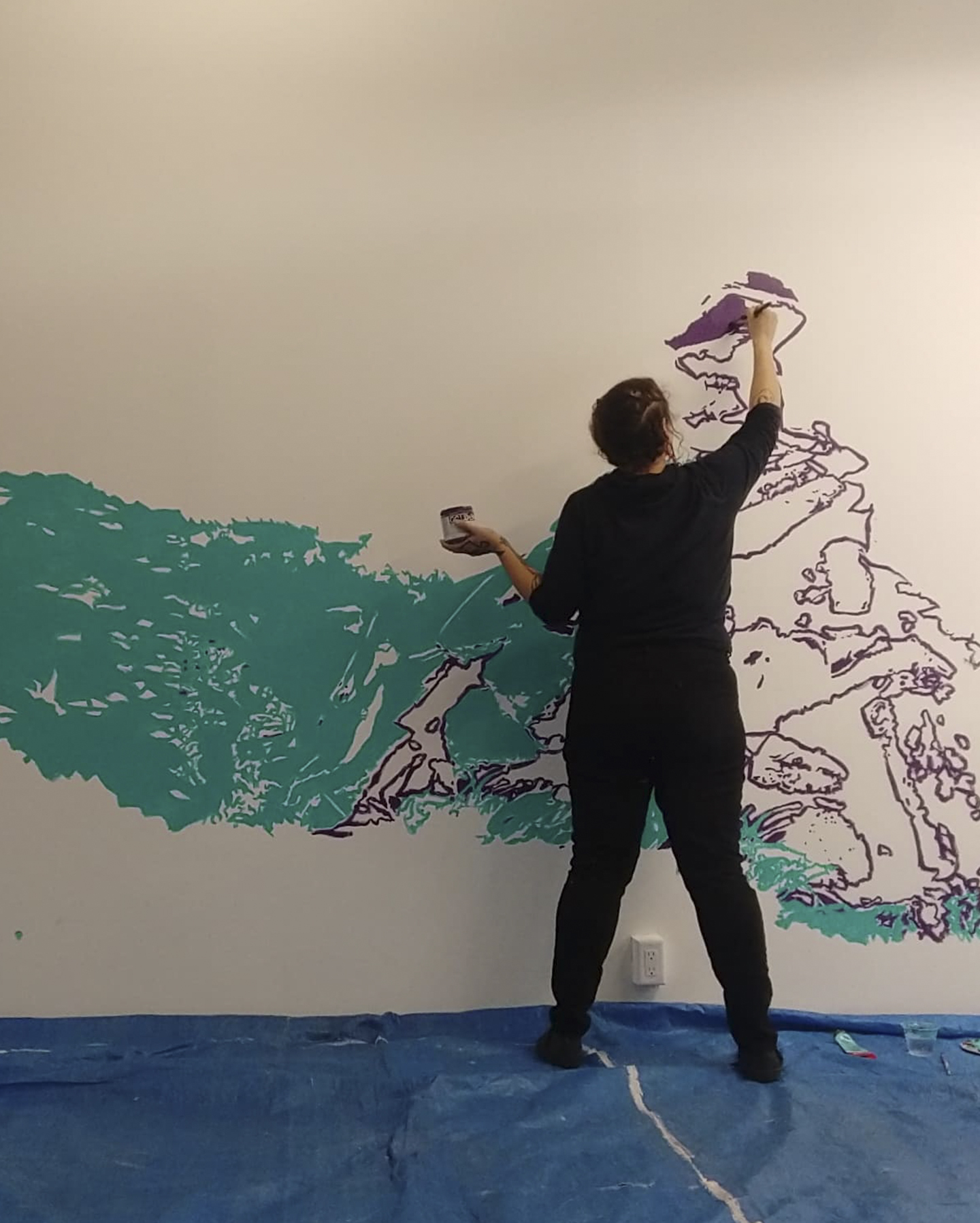 
Phoebe "Crazypants" Warner is a Boston-based interdisciplinary artist. When she isn't working in the city, she spends her time hiking mountains as a way to clear her mind and give her new perspectives. In a bustling metropolis, it is hard to find moments of true quietude and self-reflection. Thus her current goal is to share the lessons, views and insights she collects on the trails with her urban communities through immersive visual representation paired with poetic musings. "Fragility" is one such lesson. A lesson of erosion and burden. A lesson of limits and boundaries. A lesson in time and change.